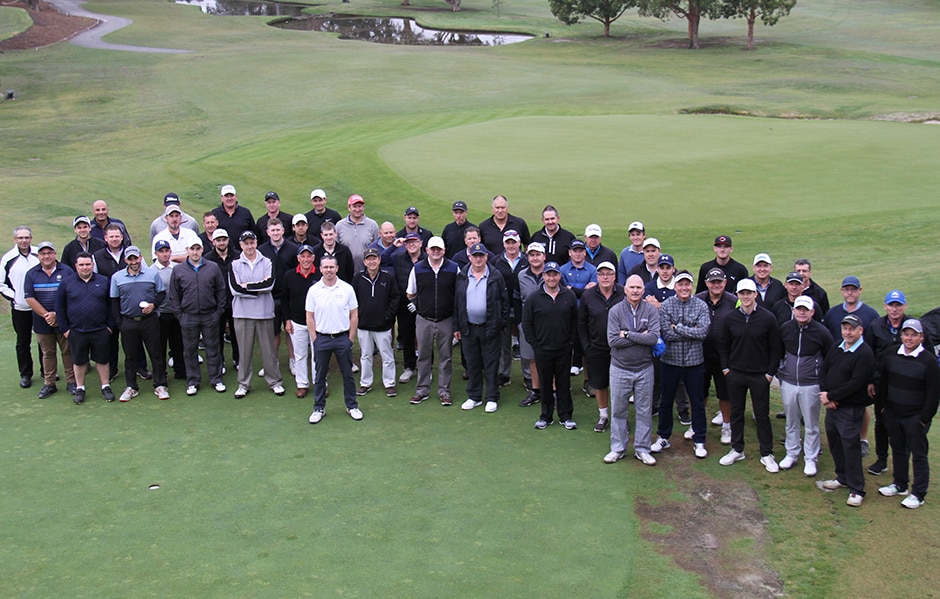 Glenn Luff and Barry Prendergast, from the Roos’ football department were also in attendance and on a high after a successful draft period.

In what cleared into a beautiful sunny morning, the 18 teams took to the green where a high-standard of golf was on display in the four-ball Ambrose tournament.

Prizes for first, second and third, along with a longest drive and closest to the pin competition took place.

In a tight finish to the day,  Darren Fenech, Danny Shine, Nick Myer and Anthony Stevens came together to clinch first prize and take bragging rights as the North Melbourne 2018 Golf Day champions.

Guests were then treated to post-golf entertainment, including an interview with surprise guest and Kew local Jonathon Brown, who provided insights into the upcoming season.

North’s own Glenn Luff also provided a detailed update into the national draft and use of analytics in identifying future Shinboners.

To find out more about corporate hospitality, events and special offers click here.