Featherston Golf Club club captain Charlie Fairbrother explains why the club is winding up and the course is being sold. Regular golfer Eric Manson, 86, is disappointed it has come to this.

Featherston may have the second hottest property market in the country, but that hasn’t helped boost its golfing numbers.

The 116-year-old Featherston Golf Club is winding up and its 18-hole course a couple of kilometres south of the Wairarapa town is being sold, much to the disappointment of some stalwart members.

With a course once described by prominent golfing author Tom Hyde as New Zealand’s flattest, the Featherston club has been in steady decline.

Club captain Charlie Fairbrother said the writing had been on the wall for several years and they just hadn’t found a way to make it sustainable.

“There’s sadness and it has been a reluctant decision but people can see that it just can’t carry on,” he said.

“For the last 20 years it has been coming. As long as I have known, it has struggled financially.”

They tried going without a paid greenkeeper for three years with all the work being done by volunteers, but as the grounds deteriorated so did member numbers.

Now with fewer than 70 paid-up members they voted at a special general meeting recently to close the club and sell the land.

“It’s not just a loss for golfers, it’s a community asset that will be disappearing,” Fairbrother said.

The club was established on Gum Grove farm nearby in 1902 and moved to its present location in the 1970s in a deal organised by Guy Brandon. 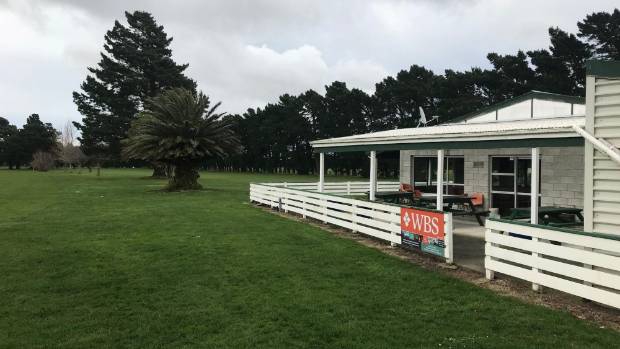 The Featherston Golf Club clubrooms next to the 18th hole.

The management have been in talks with several Wairarapa and Hutt Valley clubs about the possibility of a merger so that Featherston’s members can get some of the benefit of their club’s assets.

Wellington Golf board member Roselee Thurston said there had been an over supply of golf courses in New Zealand since its heyday and mergers can serve to strengthen the game as a whole.

She said Wellington Golf supported local clubs through the process, but ultimately it was their decision whether they wanted to close or merge.

Regular midweek golfer Eric Manson of Featherston was shocked to hear the club was closing.

The Featherston club planned to stay open until the end of October, but it was already consulting with real estate agents to investigate the possibilities for marketing the property.

Regular midweek player Eric Manson was “bloody disappointed” to hear the news of the course’s impending closure. The Featherston 86-year-old plays two to three times a week and appreciated how handy it was to his home.

“It’s been a wonderful asset to Featherston. It has been one of our best kept secrets – a lot of people don’t know it’s here. That’s the way the cookie crumbles.

“I guess we will go over to Martinborough if we want to have a game, but that might not be three times a week like we have it now,” he said.

The first team to represent Featherston Golf Club in 1903.