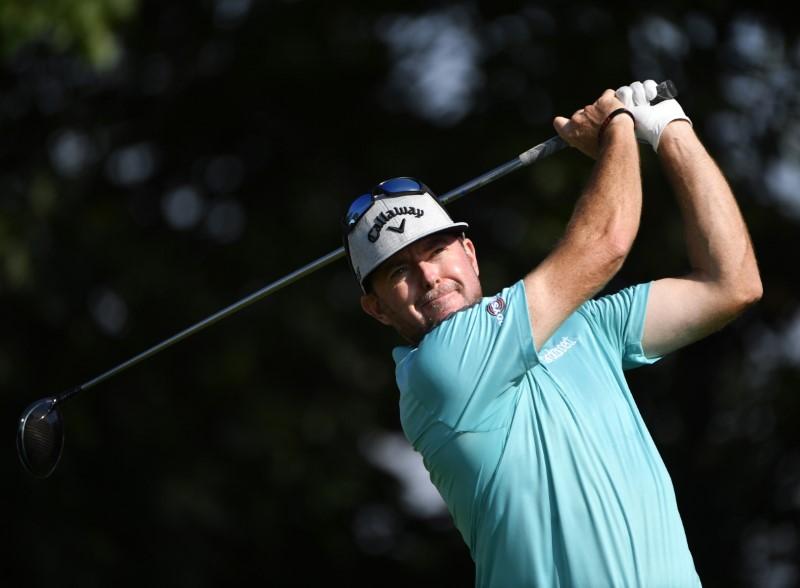 OAKVILLE, Ont (Reuters) – American Robert Garrigus began the Canadian Open by carding five straight birdies from the second hole on the way to an error free nine-under 63 and the early first round lead at a rain-softened Glen Abbey.

As good as Garrigus’s round was, the 40-year-old American said it could have been better, even historic, believing that with a bit more luck he could have flirted with a 59.

Instead Garrigus’s brilliant round added up to no more than a one-shot clubhouse lead over Adam Schenk, who birdied his closing three holes, while fellow American Chris Stroud lurked one shot further back by finishing with four straight birdies.

“Could have been 59 watch there if a couple putts didn’t lip out,” said Garrigus, who has just one top 10 result this season and missed the cut in 11 of 24 starts.

“Lipped out on 10, I had a lip out on 17. Got lucky on the par five 13th, hit right into the middle of the water and hit a rock and bounced over the thing and I made a birdie.”

World number one Dustin Johnson, looking to bounce back after his first missed cut this year at the British Open, shot a rollercoaster 68 that included an eagle, six birdies and four bogeys to leave the big-hitter five off the early pace.

“There was some really good stuff and some not so good stuff,” said the American, who has already picked up two wins this season. “Missed a couple of short putts early in the round, had a couple of three putts on the back nine.

“All-in-all it was a pretty good day just a few loose shots. Every time I was out of position I made a bogey but I made a bunch of birdies and an eagle.”

One-over through 12, Watson turned things around with three birdies over the next four holes to avoid a disastrous start.

The early starters were greeted by ideal scoring conditions but had to endure some heavy rain.

With the weather forecast predicting thunderstorms later on Thursday, officials were scrambling to complete the opening round before the severe weather returns.