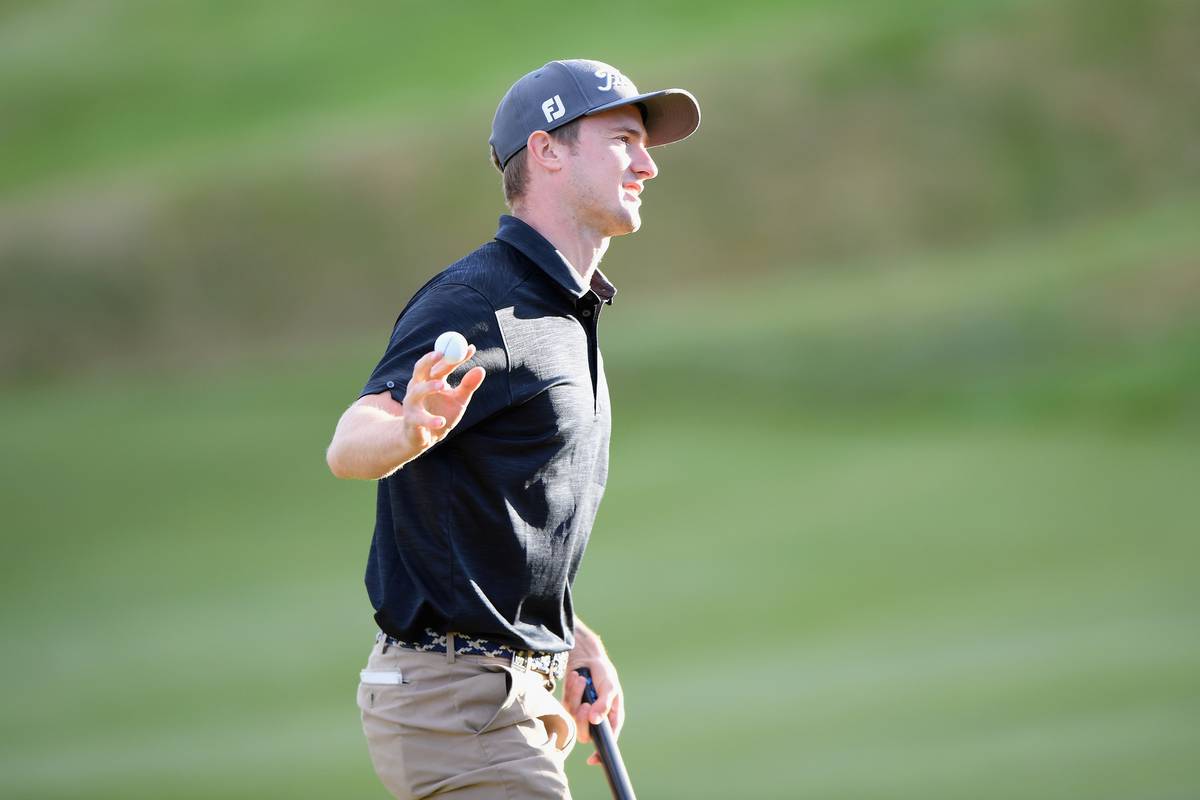 By Joel Kulasingham in Arrowtown

Harry Bateman will be the leading local hope at the New Zealand Open after day one.

The 27-year-old Kiwi carded a superb eight-under 64 to sit at a tie for first alongside Japanese Ryuko Tokimatsu and Australian Zach Murray.

Bateman needed a birdie with one hole to go and nailed his putt at the 18th at The Hills to roars from the home crowd, and will now be the Kiwi favourite to take out the 100th edition of the event.

The other New Zealander searching for his first win at the Open is Ryan Fox who battled jet-lag and the cold to stay within touching distance of the leaders.

The top-ranked Kiwi golfer shot a solid three-under 68 at Millbrook but still seemed slightly frustrated with his score.

Teeing off early this morning, Fox looked a lot fresher than he did when he arrived on Wednesday, but this time he was hit with temperatures as low as seven degrees.

“The score was ok. I didn’t feel like I played overly well,” he said after his round. “I kept it out of trouble for the most part and got lucky a couple of times at 17 and 18 at Milbrook and made the most of that. But the scoring is a bit tougher this year it looks like.

“I think playing in the cold this morning probably didn’t help. I certainly haven’t been that cold on a golf course for a while.”

Fox will be hoping for a good night’s sleep as he recovers from his hectic schedule where he won his maiden European Tour title in Perth, flew to Central America to play the WGC-Mexico Championship, and arrived in Queenstown on Wednesday to play the NZ Open, all within the space of two weeks.

“I’m pretty knackered now to be honest. Just had a massage and I was about to fall asleep on the table. But I actually felt pretty good on the golf course.

“I let a few slip out there but three under is not bad looking overall at the leaderboard and looks like there’s some scores to be had at The Hills. And hopefully we get a nice afternoon tomorrow, a little bit warmer which makes it a bit easier to score.”

Despite the cold and lack of sleep, Fox rocketed off to a quick start on his first hole where he birdied the par 5 10th, using his well-documented power to get on the green in two.

He added three more birdies and a bogey in what was a relatively trouble-free day to sit five shots behind the leaders.

Co-leader Murray, a 21-year-old who only turned pro in November last year, shot the best score of the day – an eight-under 63 at Millbrook which has a lower par. After his round, he said it was just one of those days where everything went right.

“It was pretty steady. I didn’t miss too many fairways and I don’t think I missed a green. It was pretty straightforward, I putted well and everything just sort of clicked.”

What: 100th NZ Open
Where: The Hills and Millbrook courses in Arrowtown
How to watch: Live on Sky TV Channel 52 tomorrow from 2-6pm with commentary by Greg Turner and Phil Tataurangi