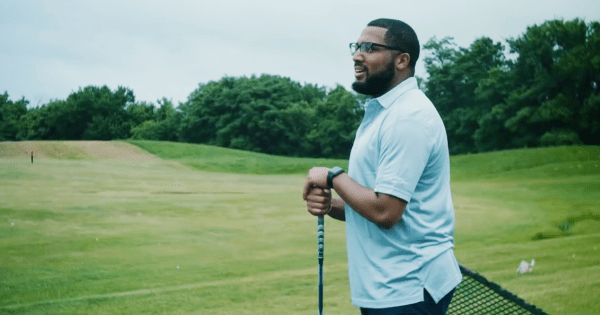 Golf marketing and advertising, at times, seems like an exclusive affair. Most of the narratives follow either the sport’s biggest stars or, on the opposite end of the spectrum, the quirks and funny parts of the game. Yet, of the close to 24 million people who play golf, there are thousands of interesting stories that go untold.

To show a different side of golf, Callaway recently launched “Home Course,” the second iteration of its “Golf Lives” series, highlighting three different courses—Edgefield outside of Portland, Ore., Wild Horse in Gothenburg, Neb. and the historic Langston Golf Course in Washington, D.C.

“As marketers, we’re constantly asking ourselves how we can establish a ‘home team’ feel in such a solitary sport,” said Michael Chiavetta, co-founder of The Kimba Group, the creator of the series which launched in 2017 and featured Houston rapper Scarface and NFL running back Arian Foster. “We want to tell the stories of real customers that have a passion for the game and not just pour money into the tour like the majority of other golf brands.”

“The cultural and social diversity of people who love golf stretches so far beyond the images portrayed in the media, and Callaway is a client brave enough to be a voice in the shifting of that narrative,” added Rebecca Rosoff, co-founder of The Kimba Group.

Produced by Vice Media, the new films tell down-to-earth stories and feature three distinctly different groups of golfers, all bound by a universal love for the game.

At Edgefield, a unique resort that was built on the site of a former poor farm, local stoner metal band Red Fang discusses their appreciation of golf as they tool around the fun pitch-and-putt course that welcomes every level of player.

“Golf … it’s similar to wine maybe. If you don’t know anything about it or you’ve never experienced it, kind of has a snobby reputation. Rich white dudes in shitty pants,” John Sherman, the band’s drummer said in the film.

None of the bandmates worries about the score … the most important aspect is merely the comradery and ability to get one’s hand on an outstanding beer from the resort’s owner, McMenamins.

“I like the being outdoors part of it,” said guitarist David Sullivan. “It’s just kind of almost a zen kind of thing.”

Almost 1,400 miles to the east, the second documentary features the residents of Gothenburg, Neb., who, in 1997, decided to take some pasture land and create Wild Horse Golf Club, which has become one of the best public courses in the country. Comprised mainly of farmers, many of whom are golfers, the story shows not only the chronology and backstory of the course’s construction but what it means to the locals.

“We never had a sugar daddy. There wasn’t anybody here with a lot of money,” said Jim Haver, one of the course’s founding members. “We built the golf course ourselves. We borrowed the money from the bank, we bought the ground.”

“We travel, and we play other golf courses, and there are nice things about them, but I can’t wait to get home,” added Deb Bacon, former director of the Gothenburg Chamber of Commerce.

But probably the most powerful film in series highlights the historic Langston Golf Course in Washington, D.C. Founded in 1939, it was one of the first racially desegregated golf courses in the country and has been an essential connection between individuals in the African-American community and generations of golfers.

Added to the National Registry of Historic Places in 1991, Greg Jackson, Jr., who has played the course for years with his father and the rest of the family, talks about the course’s heritage.