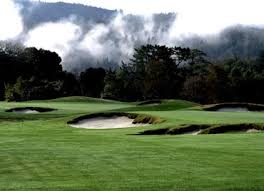 On an overcast, wet day, Menlo started the 18-hole round with two eagles on the first hole, which helped lead to an overall score of 291,10 strokes ahead of its closest competitor Las Lomas.

Menlo senior co-captain Charlie Hsieh and junior Kripa Dharan each shot an even-par round of 71.

Menlo took top team honors thanks to a balanced effort, being the only team to shoot under 300.

Pope shot a 74, sophomore Jeremy Yun a 75 and sophomore Troy Demmon finished with an 89.