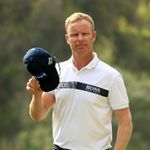 Five-time European Tour winner Mikko Ilonen has announced his retirement from professional golf at the age of 39.

Ilonen, the most successful golfer from Finland in history, is calling time on his competitive career in order to spend more time with his family, although he hopes to remain involved with the sport in the future.

Announcing his decision on his website, Ilonen revealed he spent the winter “focused on my family and my own wellbeing”, having not played on the European Tour since the Alfred Dunhill Championship in December.

Ilonen, who turned professional the year after becoming the first Finn to win the Amateur Championship in 2000, enjoyed his best year in 2014, when he pipped Eduardo Molinari to the Irish Open title before winning the Volvo World Match Play Championship at the London Club with a 3&1 victory over Henrik Stenson in the final.

That success lifted him to a career-high world ranking of 37th, but he has since posted only four further top-10 finishes worldwide, the most recent being a tie for third at the Trophee Hassan II in April last year.

His statement read: “I made a conscious decision to not involve golf in my off-season that started post World Cup of Golf in November last year. Instead, I have focused on my family and my own wellbeing.

“I have used the time well, which means that I have enjoyed the proper winter and I have done some things as I used to do as a kid, such as skiing and snowboarding. The quality time I have had with my wife and two kids has meant so much to me and I have realised that I don’t want to prioritise other obligations ahead of my family.

“As a professional golfer, or as an athlete, you sometimes have to be very selfish. I have been selfish for 20 years now and I think it is about time for me to care about others as they have cared for me. I am very grateful for what golf has given me, but now I want to focus on giving back to those that have supported me and to golf in general.

“I am convinced that my retirement is not an end to one thing, but instead the beginning of something new and exciting. My passion is golf and I am determined to find a way of supporting golf in general and Finnish junior golfers in particular.

“I am really looking forward to what the future has in its hands and I hope that I can inspire young boys and girls in Finland and abroad to reach their goals in golf and in life.”