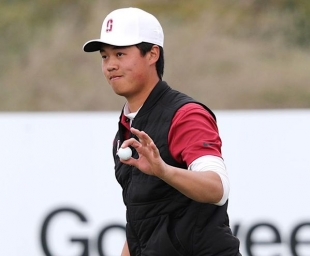 Stanford senior Brandon Wu matched his career best finish by placing second on Wednesday at The Prestige Presented by Charles Schwab at the Greg Norman Course at PGA West.

He carded three back nine birdies in cool, pressure-packed conditions and closed with an even-par 71, but came up one short to Victor Hovland of Oklahoma State, who closed with a 66. Wu completed the 54-hole tournament with a score of 7-under 206 to collect the fifth runner-up showing of his Stanford career.

LSU won the overall crown with a 14-under total of 838, six shots clear of Oklahoma State.