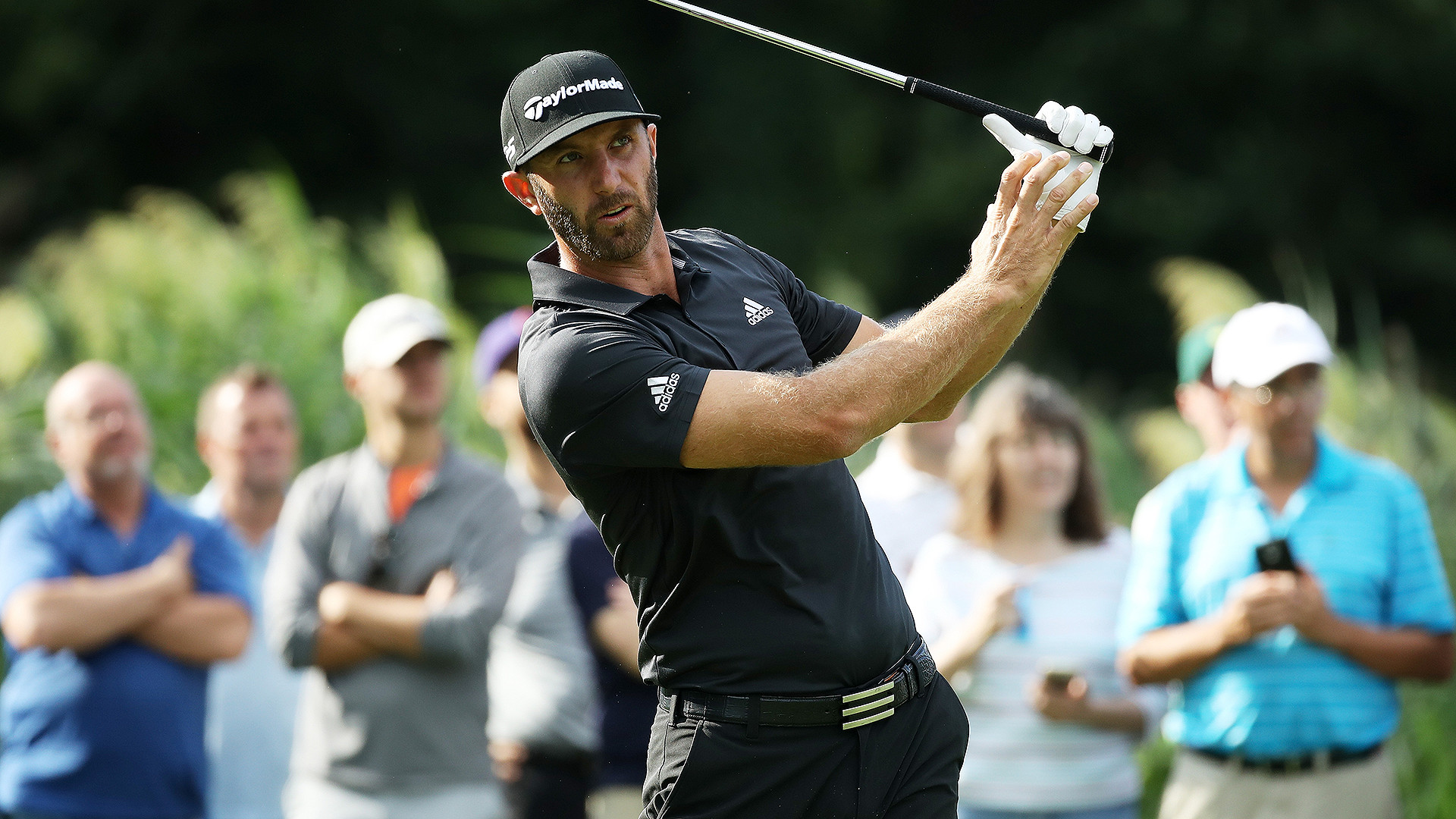 PARAMUS, N.J. – Phil Mickelson fiddled with his cellphone as he clumsily searched through Twitter like a man trying to get dressed in the dark.

The 48-year-old could be forgiven for his social media ineptitude, Lefty had joined the Twitter world just hours earlier and was being peppered with questions from reporters about a recent post announcing details, officially, about his upcoming made-for-television match against Tiger Woods.

“You’re going to have give me a minute,” he laughed.

Nor should it be any surprise that the father of three never found what he was looking for (insert millennial eye-roll here). The Twitter-verse is a new world for Mickelson. What wasn’t new on Wednesday as he completed his pro-am at The Northern Trust was Lefty’s singular ability to make headlines.

Although it hasn’t always been for the right reasons, Mickelson’s 26th full season on the PGA Tour has arguably been his most eventful, which is saying something for a player who has won 43 events and rarely leaves a news conference without at least one double-take moment.

For Philip Alfred Mickelson, 2018 has been a rollercoaster, even by his own wild standards.

In March, Lefty became the oldest player to win a World Golf Championship event, outlasting Justin Thomas in overtime in Mexico and ending a title drought that stretched all the way back to the 2013 Open Championship.

“This started out to be a great year, and I want to finish it off right,” Mickelson said on Friday at Ridgewood Country Club where he moved into the hunt, and the headlines, with a second-round 68.

What Mickelson glosses over with his 30,000-foot assessment of his season is what happened in the middle.

In a career filled with awkward moments, June’s U.S. Open may end up being the low point of his storied career. At the one major that continues to elude him, Mickelson snapped during Saturday’s third round at Shinnecock Hills, chasing after his putt on the 13th hole and whacking it while it was still moving.

“Toughen up,” he said at the time when asked what he would tell those offended by his actions.

Full-field scores from The Northern Trust

Lefty would later soften his stance on what many deemed a meltdown, but the damage to what has always been a carefully crafted image was done.

But as talented as Mickelson is with a wedge in his hands, his greatest attribute may be his ability to withstand such gaffes. This is, after all, the same man who openly criticized then-U.S. Ryder Cup captain Tom Watson at the 2014 matches and is now applauded as one of the main architects of the American resurgence in the biennial bout.

He’s hoisted himself out of much deeper public relations holes, and this time through a combination of improved play, a unique brand of golf that is as entertaining as it is unpredictable, and public engagement he’s doing it again.

The latter began last month when he released a commercial for clothing sponsor Mizzen+Main that featured Lefty dancing his way across a driving range.

“I’ve kind of always laughed at myself, you know, since Day 1,” he said at the WGC-Bridgestone Invitational. “I’ve not ever taken myself too seriously and this is kind of obvious with that because it’s certainly outside my comfort zone.”

His foray into social media this week has been equally endearing to his fans, with his Twitter account ballooning to 166,000 followers in just three days.

Lefty’s self-deprecating side has always been his appeal and he’s waded into the social media pool with a healthy dose of modesty. In fact, when asked what his children thought of his decision to finally join Twitter he could only laugh.

“They are nervous,” Mickelson said. “They should be, you know, rightfully so, because in time, I will mess up. I always kind of ride the line somewhere. Sometimes I cross it. Sometimes not.”

It’s that uncertainty, be it with a driver or a cellphone and a Twitter account, that’s also adding to what Mickelson considers a groundbreaking event – a winner-take-all match against Tiger in Las Vegas later this year.

“It’s going to be the easiest $10 million I’ve ever made,” Lefty boasted on Wednesday when the match was officially announced.

In an odd twist, Woods’ return to competitive relevance may be the ultimate catalyst for Mickelson. Lefty has always said that Tiger has pushed him to be better. Where most saw a bitter rivalry and two players who didn’t share many dinners, Mickelson saw inspiration.

At 48, Mickelson is inspired to elevate his game and create one final chapter in a complicated relationship that dates back to the duo’s junior golf days in southern California. Lefty admitted on Wednesday, perhaps only half joking, that he was going to limit his trash talking in the build-up to November’s match because he wants to be paired with the 14-time major champion at the Ryder Cup.

Technically neither Mickelson nor Woods is on the U.S. team at the moment, but then anyone with even a passing interest in the game knows both are virtual locks to be two of Furyk’s four picks.

When asked about having to wait for a pick for the first time in his Ryder Cup career, Mickelson said all the right things.

“I really like this golf course. I had a great week last week where I’m playing well, and I love TPC Boston [site of next week’s playoff event],” said Mickelson, who temporarily moved into the lead at Ridgewood before closing his round with back-to-back bogeys. “So I’m going to play really well these next two weeks and I’m going to make it an easy decision.”

With Phil nothing is ever easy, not his ability to play anything approaching textbook golf, not his introduction to Twitter and certainly not his 26th season on Tour.